This is the text of a letter that appeared on in an email sent out on a mailing list for historical revisionists, dated 10 November 2018.

Always very glad to receive your bulletins and hear news from the outside world.

I'm due to be released soon "on license," which means that I have to agree to a whole list of restrictions which comprise the "license," e.g.: internet band, travel ban, public speaking band, etc. We are still wrangling over what that will be exactly, but I've already told the authorities that if they are too restrictive, I will not sign and I would rather spend the remaining six months of my sentence in prison, i.e., living on a study sabbatical at Her Majesty's Expense! Vamos a Ver (we'll see) as the Spanish say!

A correspondent from a prestigious University recently asked me to explain world politics in 5 minutes in a way that an average student, not yet totally brainwashed, could grasp quickly and easily. No doubt after publishing my answer below he will get expelled .... I thought you and all your friends might enjoy the fruits of my efforts too!

Dear Student, There is nothing complex about understanding the political situation in the world today, but to understand it, one must first understand where power really lies and also understand the opposing concepts of "populism" and "the progressive agenda."

With regards to any tribe, ethnic group, race, community, society or nation state, "populist" can be classed as any policy or attribute that is generally healthy in its effects. "Progressive," on the other hand, is any policy or attributes as poisonous in its effects. There are, of course, many different types of poison, and similarly the progressive policies that comprise the progressive agenda are Legion. Some of the most prominent include: feminism, transgenderism, mass immigration, positive discrimination, free Marxist economics, globalization, urbanization, Marxism, individualism, feudalism, psychoanalysis, modern art and modern architecture, laws against free speech and expression, and the legislation and encouragement of gambling, drugs, blasphemy, obscenity, pornography, homosexuality, promiscuity, usury, divorce and abortion.

The Jews in their own in-house journals openly boast of the power they have acquired (in key sectors such as: fractional reserve central banking, international finance, the mass media, Hollywood, the fashion industry, academia, the publishing trade, ... and the major funders of political parties) and are proud of the way they've used this power to initiate, promote, and fund the progressive agenda. They probably give conclusive proof of their prime mover status and achievement in making societies, "progressive particularly in The West (which can be defined as that part of the world were their power is supremely dominant.)

I'm waxing lyrical on this topic. They, employing their characteristic verbal sleight of hand, use such excerpts as: secularism, pluralism, diversity, vibrancy, multiracialism, multiculturalism, enrichment, integration, affirmative action, free movement of goods and people, tolerance, cosmopolitan, the permissive society, laws against hatred and political correctness -- All their words.

The Corbynista left is ideologically speaking a creation of "The Progressive Agenda" and as such it is grateful to the Jews and doubly so for ensuring that the fabled progressive "nectar" is being made compulsory for every ethnic group on the planet; however, the Corbynistas are perplexed and annoyed that the Jews themselves hold Jewish communities exempt from drinking said nectar. Hence arises the Corbynista so-called anti-Semitism and token anti-zionism.

The populists of the right (such as Nigel Farage, Tommy Robinson and, Anne-Marie Waters, Enoch Powell, Mary Whitehouse, Donald Trump and even the brilliant Guillaume Faye, usually oppose one or two, sometimes several but rarely all the poisons of "The Progressive Agenda" and crucially new truthfully because the issue and who is behind the progressive agenda. On the contrary, they invariably praise Jewish communities worldwide for successfully resisting the progressive tide and by so doing managing to maintain there Jewish identity. Thus arises the populist rights' philo-semitism and pro-Zionism.

Looked at objectively from a long-term perspective "progressive" is anything that weakens, innervates, emasculates, corrupts ...., desacralizes, dispirits, depresses, fractures ... in short, anything that destroys identity; and therefore, as a consequence that anything, in the final analysis, destroys not just merely everything that makes life worthwhile, but quite literally EVERYTHING. Or almost everything, because "progressive" is poison and a poisoner, as everyone knows, does not drink his own poison.

Of course from our point of view and indeed from any healthy, common sense, wise or indeed, any sensible viewpoint, the term "progressive" is a total and complete misnomer, for there is nothing of progress, in any conceivable shape or form, about progressive policies, attitudes and the whole progressive agenda. "Progressive" can only be classified as progress if one's idea of progress is going down the primrose path, the much-heralded Paradise of a Zionist-controlled, hellish, talmudic one-world slave state.

In summary it is not enough to oppose the progressive agenda, we must call out those behind it and highlight their ultimate aim. There is only one true antidote to the world's current malaise and it can be summed up in the words that we must free the world from Zionist control.

There have been allegations that Jez Turner is a British agent in a tweet by [Nick Griffin], former British Nationalist Party Leader (who in another video infamously exposed the offer by jewry to embrace zionism and stop criticism of banking or be destroyed):

"And Jez Turner works for MI6, he was one of those who incited the young fools of #NationalAction to get themselves outlawed and jailed. He's on the left in this picture - totally disinterested as his cop mates haul away another sucker. Kerr-ching!" 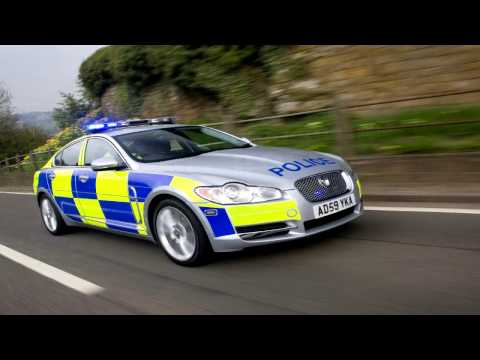