Irene Zisblatt and The Last Days Of The Big Lie

Irene Zisblatt and The Last Days Of The Big Lie

Recently a tweet about Irene Zisblatt (Wikipedia) resulted in our first ever twitter timeout censure. The tweet was factually correct, and was not targeted harassment at anyone. This is the story of how and why that tweet came about, and a response to the anti free-speech truth-hating cowards who reported it.

The tweet does not promote any violence against anyone, it doesn't threaten nor harass anyone on any basis, it is simply reporting the facts about a very strange story being passed-off as the truth and exploited by what the jew Norman Finkelstein calls "The Holocaust Industry". The tweet quote tweeted a tweet containing video of the incredible testimony of a "Holocaust Survivor" named Irene Zisblatt.

Having initially appealed, stating the facts on this page, and not knowing how long the appeal process will take (up to a week or more) or alternatively deleting it and having to pay a 12 hour "timeout" penalty, the latter option was chosen after initially appealing.

The tweet was in relation to this documentary The Last Days Of The Big Lie and the false testimony of one of the "Holocaust survivors". Her testimony is also a part of Steven Spielberg's USC Survivors of the Shoah Visual History Foundation.

This is the description of the documentary:

"Steven Spielberg's films re-telling Holocaust mythologies stand as an indictment of themselves."

In the 1970's, the stories passed down about the WW-2 German prison camps were welded together into a narrative we now call "the Holocaust" - meaning "the burnt offering." Through telling and re-telling, the Holocaust has grown to a multi-million dollar industry, and has changed to mean something particular to Jewish history. It has been used to found a nation (Israel), and to justify many exceptions to morality.

Investigations of physical evidence and original documentation, however, have cast doubts on the Holocaust narrative that has been formed. For example, areas claimed to be mass graves, have been found with modern investigative technology to contain no human remains. Testimonies of accused perpetrators show evidence of outright fabrication, or were obtained through torture. Many of the supposed eyewitnesses have provided stories riddled by inconsistencies, describe physically impossible events, or were even total frauds who were never actually in the camps.

Spielberg claims to have accumulated a huge library of 'testimonies' of Holocaust survivors, as a way to stop the collapse of the traditional Holocaust narrative. But even after picking out the carefully edited testimonies he believes are most credible for use in his movie, the collapse continues. What if Spielberg were to allow unfettered access to his collection?

If the Holocaust narrative is false, the ramifications are far reaching. Ethnic Germans have been slandered for decades on the basis of the Holocaust. Terrorism used in the founding of Israel was justified through it. It was even used to justify the slaughter, rape, and murder of millions of ethnic Germans after World War 2.

Irene Zisblatt's book The Fifth Diamond (Amazon Reviews) is a quite presposterous story which stretches all credibility. As described on the wiki page for it:

Before leaving, her mother gave her four diamonds to purchase bread. However, not wanting to accept the soldiers' request to put valuables inside bags, Zisblatt swallowed the diamonds, which her mother had sewn into her dress. She later stated that she then recovered the diamonds from her feces. After cleaning the diamonds, she repeated the process on many occasions when she was selected for testing by Josef Mengele.

The above is what the tweet which caused the "sin-bin" ban referred to.

Considering that the claims against Mengele have been robustly refuted it is beyond belief to any rational mind.

Others have delved far deeper into The Fifth Diamond: A Special Jewel in the Genre of Holocaust Horror Stories

Who is Irene Zisblatt?

According to court documents available on the web - Download PDF

Her wikipedia states she had children prior to the above marriage, but nothing about her marriages (she claims to have grandchildren who inherited the poop diamonds):

She has a son Mark (born circa 1957), a daughter, Robin (born circa 1963), and five grandchildren. She frequently makes visits to American schools to talk about her personal Holocaust experiences.

Here is a video describing a lawsuit in 2009 that was filed against her: Spielberg Lawsuit - Irene Zisblatt Caught Lying about the Holocaust

The question has to be asked: How is it that she is being used to spread and promote her story around the world as an authentic "Holocaust Survivor", even going to give speeches at tech giants like Google HQ where she re-told her fanciful tales?

"On Irene Zisblatt: "The Fifth Diamond: The Story of Irene Weisberg Zisblatt" 9 Oct 2017 - just about the time when the Google company YouTube began cracking-down on people exposing Holocaust lies and liars. Unsurprisingly she truncates her embarrassing and ridiculous story to minimal detail and uses euphemisms. 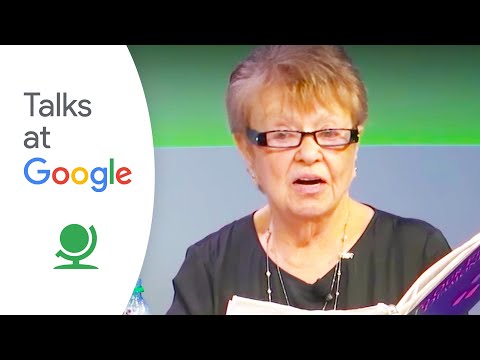 Irene's testimony is in contradiction to that explained here:

There are many other easily searchable resources about Auschwitz which demonstrate that far from being a death-camp it was a labour-camp (and by many accounts far more accommodating than the internment camps in the USA for ethnic Japanese, Italians and German people during WW2) which had a swimming pool, its own currency, a hospital, theatre, orchestra, creche and other services for inmates, for example summarised here with Let's stop with the Auschwitz Lies

Many Other False Holocaust Stories

One or two false stories is an anomaly, but there countless more, such as these few examples below. It's time to end the lies and slander, tell the truth about what happened and stop shaming and guilt-tripping the people of the world over fabricated history in the guise of "Holocaust education" focused almost exclusively on the Jewish experience, ignoring the earlier Jewish-financed and Jewish-led Bolshevik Revolution in Russia which was responsible for at least 40 million deaths by many historical estimates, half of which are known to have been authorized and organized by a Jew Lazar Kaganovich who was Stalin's brother-in-law.